The Sun is significantly heavier than the moon, but it is about 390 times further from the earth. The gravitational acceleration on Earth caused by the Sun is:

This value is significantly larger than the gravitational acceleration exerted on the Earth by the Moon:

If one compares the tidal accelerations caused by the Sun and the Moon, one can see that that of the Moon is about 2,223 times as strong as that of the Sun.

The animation below shows the tidal forces of Sun and Moon. Since the Sun cannot be represented meaningfully because of its size and distance, it is symbolized here by its light rays. If you look at the Sun and Moon in isolation, you see four tidal bulges. Two are caused by the Moon (white arrows) and two smaller ones by the Sun (orange arrows). On Earth, the effects of Sun and Moon cannot be observed in isolation, because both accelerations are superimposed. The effect of the Sun overlays the effect of the Moon, either constructively (reinforcing) or destructively (weakening).

The tidal acceleration caused by the Moon (white arrows) and the Sun (orange arrows). The blue ellipse is the shape of the resulting tidal bulge obtained by adding both acceleration vectors.

Neap Tides occur at half Moon when the Sun, Earth and Moon are positioned at a 90 degree angle. Under these circumstances the gravitational bulges of Moon and Sun overlap destructively because the tidal forces of the Sun are acting against the tidal forces of the Moon. At neap tide difference between high tide and low tide are the least.

At half moon when Sun, Earth and Moon are located at 90 degree angle neap tides occur.

The opposite of neap tides are called spring tides. Spring tides occur when Sun, Earth and Moon line up. Such an arrangement happens at every full Moon and new Moon phase. Then the gravitational forces of Sun and Moon are forming a large tidal bulge. At spring tide the difference between high tide and low tide are at their maximum. 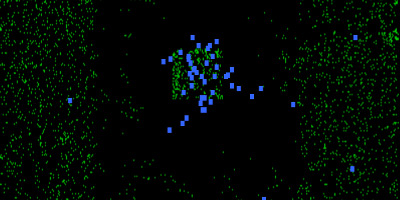 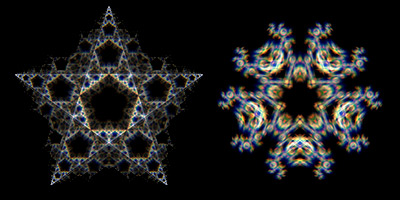